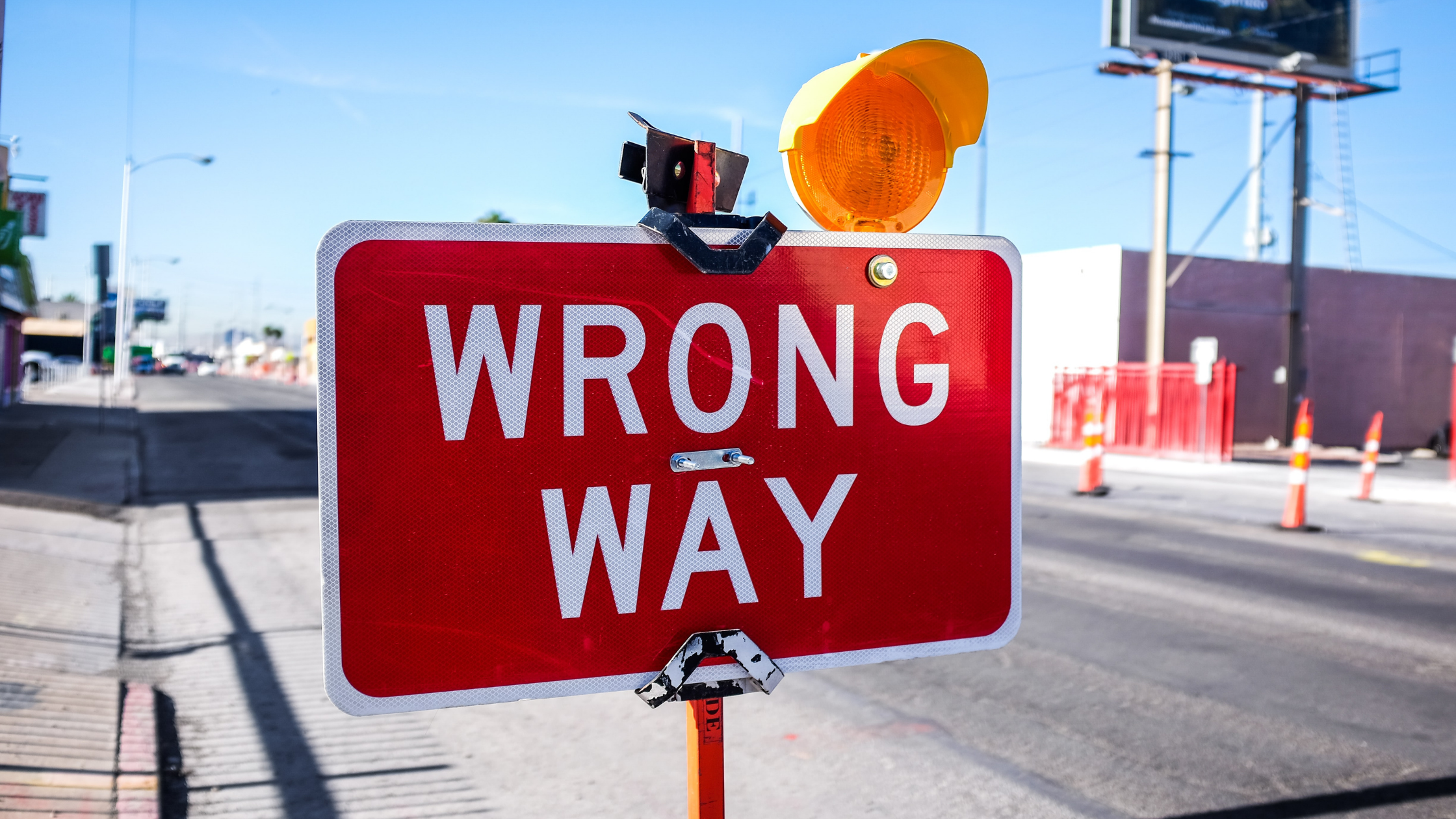 7 Mistakes That Will Decrease Your Conversion Rate 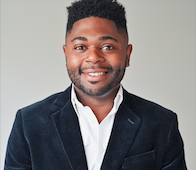 CRO is one of the most sought-after skills within the digital marketing industry due to its ability to increase revenue while not increasing your budget for acquisition channels.

However, most site owners are unaware of adverse CRO practices that harm their ability to increase conversion rates. Let's explore seven common CRO pitfalls that you should avoid.

The Nielsen Norman Group conducted a study that uncovered that 80% of users' viewing time was spent above the fold.

This type of data is a great starting point, but relying on generalities alone means missing metrics about your website's actual users.

And when it comes to analyzing scroll depth, implementing scroll tracking using Google Tag Manager is one approach. However, Lucky Orange's effective fold (where 50% of visitors scroll on a page) is a more approachable solution for most.

But scroll depth is just one user metric. Fully committing to studying a whole set of data will leave you with a much better understanding of where your website works well and where it falls short.

If you're spending time writing blog posts to convert users to customers or developing landing pages for your paid media campaigns, you must have your eyes on user metrics.

Did you know there’s  a pattern that the majority of people follow when reading a web page? The F pattern is a scientifically proven framework based on how people interact with web page elements.

Here is a visualization of the F pattern:

The F pattern is formed by users reading content from left to right and then scrolling down the page to explore further.

The F pattern is a by-product of users having a lower attention span. Users scan content vs. actually reading the information.

Use the following principles to capitalize on the natural eye movement that forms the F pattern layout.

Testing your call-to-action (CTA) copy can lead to major conversion rate gains, and can sometimes have surprising results.

An A/B split test was conducted that tested two CTA variations: shop now vs. buy now. The test produced a massive 17% improvement in conversions from using the CTA buy now.

While removing the word "shop" may seem trivial, the science behind using "buy now" instead of "shop now" and the results gained from this simple adjustment makes a great deal of sense.

Buy now is better suited for retargeting an audience that has already seen a product. For example, if a user has visited a product description page (PDP) and didn't convert but sees the product again and clicks over to the PDP, the CTA text that would resonate with the user would be to buy the specific product, not to shop around for other products.

Furthermore, buy now is a direct statement and places action front and center for users to go through the checkout process vs. casual browsing from just shopping around.

When testing your CTA's, consider the user segment first and foremost. For example, are your users in the top funnel awareness phase vs. bottom-funnel? Or perhaps they are somewhere in the middle of the consideration phase.

Make sure to align your CTA statements with the AIDA framework. 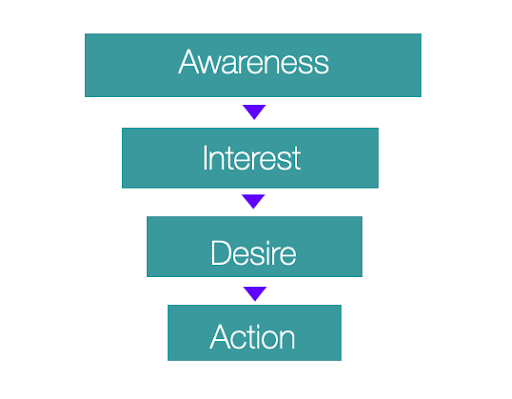 Don't be afraid of taking an unconventional approach to CTA text. Test your CTA text often for the best results. Beyond CTA copy, be sure to test CTA location, keeping in mind the data you have regarding average scroll depth. For people to complete your form, they have to scroll far enough down the page to see it.

Too many options creates chaos. By avoiding carousels and focusing on one primary action in your hero section, you can lower the cognitive load on users.

How often have you visited an e-commerce website with an appealing product shown in a hero slider that immediately shifts out the product in the hero?  Erik Runyon, technical director at Notre Dame University, conducted a test that concluded that the first hero image shown receives 84% of all clicks.

Keep things simple and direct and your visitors will head in the right direction towards a conversion.

Testimonials are one of the most critical aspects when it comes to CRO. Testimonials can increase your revenue dramatically. For example, 50 or more reviews per product can mean a 4.6% increase in conversion rates.

Unfortunately, websites often place testimonials below the fold or don't have an accessible area to leave feedback or, the worst offense, censor reviews.

Consider a testing roadmap that focuses explicitly on testimonials. Here are a few testimonial tests to conduct.

Furthermore, conduct surveys from your past customer base that have left positive and negative reviews to get into the mind of your customers.

6. Testing without a P.I.E Framework

One of the biggest problems that occurs is testing based on assumptions. For example, have you ever heard the following: We think adding x will lead to x results.

Adopting this mentality is dangerous because several variables exist to launch a test. So instead of guessing, utilize the P.I.E framework to prioritize tests.

P.I.E stands for potential, importance and ease. Test ideas that fall into a higher level of technical effort that may produce impactful results are listed under potential items to test.

For example, perhaps your organization realizes you could produce more leads by creating a custom calculator for users. But unfortunately, the development team states the calculator will take two months to code on the site.

The volume of leads that this custom calculator could produce is unknown but could be highly impactful.

Important tests are essential, and you want to tackle them sooner than later. However, they still will require a time investment to implement but not as much as a test that falls under potential vs. ease, which requires a low technical level of effort and is impactful towards increasing conversion rates.

Prioritization is critical to launching tests. You must understand the development timeline, design contingencies and hypothesized impact of the test. Never launch a test on a guest, create systems and SOP’s as a best practice to keep your team aligned and accountable.

A common misconception about CRO is the sole focus on increasing transactions. However, CRO is much more than increasing the level of transactions that can occur. For instance, CRO can focus on:

When implementing a test, define your intended KPI metric that aligns with your defined user segment.

Utilize your analytics data but take it one step further by enriching your data by utilizing tools to gauge metrics you can not find by default in your analytics platform.

Trends can be your friend or your worst enemy. Prioritizing your user's needs first should always be your starting point for CRO. Don't fall victim to the monkey see, monkey do mentality.

What would work for one brand might not work for another brand. Try to consistently test and iterate to achieve the best results.

Form KPI metrics that align with user segments, understand where users fall within the funnel, and match customer intent—best of luck with testing.

Darrell WilliamsFounder, Growth Hack Guides
Darrell Williams is the founder of growthhackguides.com, which teaches people how to create and grow online businesses fast like a startup. He has a decade of experience in digital marketing.
GrowthHackGuides.com
LinkedIn
Related Articles