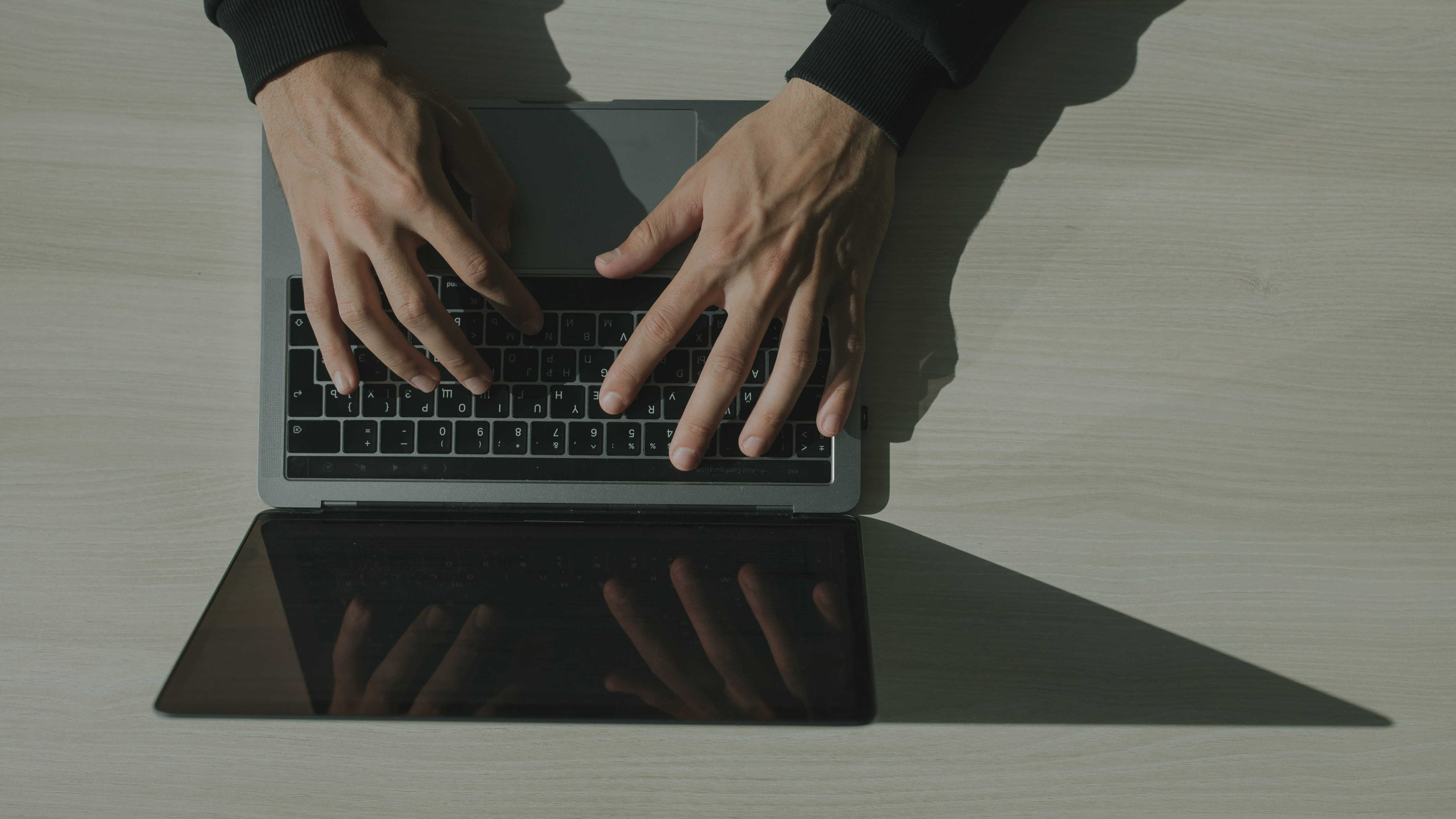 Distributed-Denial-Of-Service (DDoS) attacks are a growing problem for websites of all sizes, niches and industries. One BigCommerce merchant used Lucky Orange to fight against a DDoS attack and grow his business.

For many businesses, Google Analytics and other traditional analytics aren’t enough to answer questions like:

The team at LegalSupply, a BigCommerce merchant and the largest online distributor of legal index tabs in the United States, asked these same questions. They were tired of using analytics that failed to provide actionable answers.

Jason isn’t the sort of guy to leave questions unanswered, especially when it involves potential website issues that impact his customers’ experiences and conversion opportunities.

“We were having many customer-facing website issues and bottlenecks in our checkout with no way to pinpoint these things other than through customers’ direct testimonials and complaints,” Jason said. “We needed a way to watch these things before they began to affect customers rather than after.”

According to ThinkJar CEO Esteban Kolsky, just one in 26 unhappy customers actively complains. The rest of these customers simply leave and never return.

Instead of becoming a statistic, Jason wasted no time in turning to the BigCommerce Apps Marketplace to find a solution.

After sifting through apps, Jason landed on Lucky Orange. It sounded like it would fit his needs, but would it help him shed new light on what could be hindering LegalSupply’s growth?

No question: Lucky Orange was the right fit

It didn’t take long for Jason to see that Lucky Orange was the complete package at a budget-friendly price. Lucky Orange checked off all his boxes and then some.

While his team primarily relied on conversion funnels and session recordings, Lucky Orange also provided technology for other teams such as live chat and live view for the customer service team.

“It took less than 30 minutes for me (with no technical assistance) to install Lucky Orange and begin collecting sessions. The interface was super intuitive and easy to use as well.”

With data flowing into his dashboard and sessions being recorded, Jason had everything set to monitor customer-facing issues.

Jason’s new daily routine revolved around Lucky Orange’s session recordings. He started his day with a cup of coffee as he watched a handful of recordings to spot-check for any pressing issues.

Typically, he could expect to find issues such as missing the Add to Cart button or problems checking out. Once these problems are found, he works with his technical team to make the necessary fixes.

That all changed earlier this year.

As he scanned and sifted through the recordings, something was off.

He noticed there was an abnormal number of sessions associated with a particular group of IP addresses from the same location.

Jason quickly jumped to live view to see recordings of people currently on the site. Sure enough, the website slowing to a crawl. The live view confirmed by Jason’s own visit to his website was all he needed to confirm his fears.

This was the beginning of a DDoS attack. The session recordings proved it.

Recordings showed that a large number of people from the same or similar IP addresses were visiting just the cart page, further confirming the attack.

A DDoS attack occurs when a large number of internet bots attack a single server, network or application with an overwhelming number of requests to deny services to legitimate customers. According to Kaspersky Lab research, the cost of a DDoS attack for a small business could be as much as $120,000.

Jason knew he had to act fast.

He immediately alerted his tech team, who was then able to put security measures in place to block suspicious traffic and prevent the site from crashing.

For other BigCommerce merchants who don’t have a technical team, Jason suggests learning your own website traffic patterns and watching for unusual changes.

Jason added, “Then keep an eye out for any spikes or major changes in your traffic flow that seem to be out of the norm. Usually that means something is up.”

Thanks to Lucky Orange’s session recordings, Jason was able to deter the attack before it could take down LegalySupply.com. The real-time analytics truly saved the day.

Had he relied solely on traditional analytics, Jason and his team would not have been able to stop it in time.

It could have taken his team days to recover from it, costing his company an estimated $20,000  in lost revenue alone.

Preemptively stopping a cyberattack was an unexpected benefit from using Lucky Orange. On a more typical day, Jason’s team used Lucky Orange for more than just monitoring for cyberattacks.

“We have insights into our customers’ experience unlike anything we've had before,” Jason explained. “We can now use live chat with our customers as they’re shopping. We can diagnose technical problems and conversion issues.”

In particular, LegalSupply uses Lucky Orange to help enhance experiences for customers on its website and through its support team.

For customer experience: Improving conversions with a better checkout

His conversion funnels let him see how many people abandoned a funnel at different stages. From there, Jason can click on a step in the funnel to jump to recordings to see what happened before someone left his website.

The knowledge he gained using this process was unmatched. Jason could easily pinpoint issues early in the process before it impacted more customers and resulted in lost sales.

Within the first two months of using Lucky Orange, Jason and his team saw through session recordings that their checkout process was a main source of trouble for customers.

“We made the decision to move to the BigCommerce one-page checkout because Lucky Orange showed us just how terrible our checkout experience was. This has given us at least a 2% increase in conversions,” Jason said.

As a result, LegalSupply has been able to generate as much as $5,000 in additional revenue each month through Lucky Orange’s session recordings and conversion funnels.

For customer service: ramping up live chat and live view

Lucky Orange helped LegalSupply’s customer service team by correcting website problems before customers can call it, but it also makes it easier for the team to connect with people while they are still browsing the website.

Once on live chat with a customer, the customer service agents were able to answer questions quickly. LegalSupply touts its customer support as “service that delights,” and with Lucky Orange’s live chat, LegalSupply lives up to its promises.

Using live view, the customer service team was able to identify customers who may need assistance. Once these customers have been pinpointed, the team could then reach out to them proactively through live chat.

In particular, the team uses live view to:

As Jason explained, “Lucky Orange has saved our customer service crew time on calls by helping us to correct problems before customers call and to more efficiently help customers while on calls.”

Lucky Orange was a “lifesaver”

Jason doesn’t hold back when talking about Lucky Orange.

“The value Lucky Orange brings by opening a window into your customer experience is unmatched,” Jason said. “I don’t know how we operated without it for so long.”

He adds, “It’s been a lifesaver in providing transparency into our customer experience.”

Now, with Lucky Orange at his fingertips, Jason and his teams can provide an exceptional experience for all customers, whether they are shopping for legal tabs or breakroom supplies. Jason has even found that he’s seen an uptick in returning customers as well.

With everything running smoothly, customers are happy which then trickles down to the entire LegalSupply team.

There’s no doubt that Jason will keep Lucky Orange by his side to continue the momentum.

Lucky Orange
Lucky Orange is a conversion rate optimization toolkit used by over 300,000 websites worldwide. We use this blog to share our ideas on CRO, marketing strategy and business growth.
LinkedIn
Instagram
Twitter
Related Articles